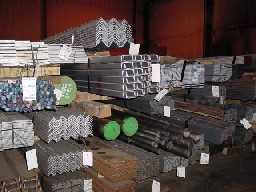 “If we were an ordinary steel service center,” Hess says, “it might have been fairly easy to find or create a software system that would meet our business management needs. But Albany Steel is a complicated company, and the search became a nightmare.”

“Over the next 3 to 4 years, I spent an enormous amount of time talking to software companies.” Hess says. “I developed a detailed specification of the capabilities that the system must have.”

Among the capabilities that Albany Steel needed were:

Hess says, “Inventory is one of the most difficult things for us. We buy steel by the pound but we sell it by the piece. Some of the systems that we looked at would have required us to keep track of every single individual piece of steel in our shop. When you move as much steel as we do, that would have been impossible to manage and impractical to do.” 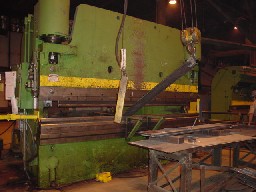 Fasteners also presented a special inventory challenge. “Suppose we order 100 fasteners, and they cost us a nickel apiece,” Hess says. “So we price them at, say, seven cents. Now, when the inventory drops, we decide to reorder, and the price to us has gone up – say 10 cents. Now we need to be able to price the fasteners according to the average price of the mixture of old and new fasteners that are in the bin.”

Otherwise, Hess points out, Albany Steel might find itself selling 10-cent fasteners for only 7 cents – clearly not the way to make money.

After several misadventures, including attempts to commission the development of custom software to meet the company’s needs, Hess thought he would have to live with something that was just cobbled together and not as good as the old system.

But then Albany Steel began looking at the EXEControl system from Ebeling Associates. “Several of the companies that we do business with were using the system and spoke very highly of it,” Hess says. “The people at Ebeling Associates assured us that their system could do everything we needed, and then some.”

After installing EXEControl and running it for four years, he concludes, “It’s the best system out there today. I don’t know of another package that can do the job. It’s the most advanced system available for fabricators, service centers, and companies that have multiple operations.”

EXEControl even supports a scanning system that has allowed Albany Steel to reduce a river of paper – some 40 filing cabinets a year – to a mere trickle. To find a steel certification, company employees no longer have to go to a filing cabinet, now they can find the document in question with just a few key strokes.

Hess adds, “The software has been rock solid. We handle 200 orders and ship 200,000 pounds of steel a day. We can’t afford to be down, and we haven’t been. Further Ebeling has been very responsive whenever we have a need.”