Home > About > About Our Founder 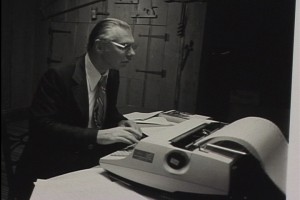 Early days of computing there were no screens.

Dolph Ebeling’s career in the field of metals and technology began not long after his birth on August 1, 1920. Quickly known for his problem solving skills and inquisitive mind, Dolph found traditional school much too simplistic. Dolph’s father understood Dolph’s need for a more challenging schooling so he reached out to the president of Rensselaer Polytechnic Institute (RPI), asking if they would make an exception by allowing his son to study at their institution, despite the fact that he would be entering college at the age of 15. The president accepted Dolph and assured his father that they would take good care of him. Dolph entered RPI and graduated four years later (in 1940) with a Bachelor’s of Science. In 1948 he received his Master’s Degree from RPI including classes at Carnegie Institute of Technology, and in 1950 his PhD from RPI in the fields of metallurgy and materials engineering. World War II brought the first opportunity for Dolph’s brainpower to literally save lives. Initially after graduating college, he began working at the United States Steel Corporation (1940-1941), which provided a background he could not have known he would need during the war. He then began serving as an Ordinance Officer in the U.S. Navy, leading a ballistics team. While he was in the Navy, a high percentage of the U.S. planes with armor plating were being shot down, and Dolph was given the challenge of figuring out why this was happening. With a team in the back room running statistical analysis (this was prior to computers), Dolph discovered that 1/3rd of the U.S. planes were faulty. He took a trip to the steel mill creating the armor plating, and drawing from his experience at the steel corporation, he inspected the production process. Upon visual inspection, his analytical mind took over. Dolph noticed three production lines producing the material. Recalling that 1/3rd of the planes were bad, he began to inspect each production line. In one of the lines, Dolph found a small crack in the furnace, which added just enough oxygen to the material to cause the armor plating to fail. Once the plant corrected the crack, the number of planes being shot down dropped significantly, saving many lives. 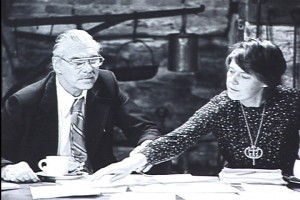 After World War II, Dolph joined General Electric, where he held many positions: Chemical Department (1946-1951), Research Laboratory (1951-1954), Large Steam Turbine Generator Department (1954-1960), and Knolls Atomic Power Laboratory (1960-1961). His final years at General Electric were spent as a Materials Engineer/Engineering Services Consultant, where he was instrumental in developing General Electric’s Modern Engineering Course. General Electric called for his analytical genius just as the Navy had, asking him to figure out why one of the Steam Turbine Generators had failed and caused significant damage. Once again, going back to the material composition, Dolph was able to pinpoint the cause of failure, enabling General Electric to change and develop the Steam Turbine Generators, preventing such failures in the future. There were several additional situations where Dolph’s analytical abilities would be called upon. For example, Dolph worked with the Father of the Nuclear Navy, Admiral Hyman G. Rickover in figuring out how to make nuclear submarines travel without any noise yet having a generator that needed cooling. Or, his work developing composite material that could handle extreme heat to be used in jet engines.  While Dolph delighted in going into the unknown, he also expressed is dislike working on ‘war machines’ so his time with some of these challenges were kept short. When Dolph wasn’t working on metals or composites he would engage his mind systematizing and categorizing concepts, lists, and anything else he was exposed to. Dolph would say that the greatest contribution to science is the simplification of knowledge. During these years, Dolph had patents issued in the fields of magnetic and heat resisting alloys: – Patent US2578407 – Method of making cast alnico magnets (http://www.google.com/patents/US2578407). – Patent US2617723 – Sintered high energy permanent magnets (https://www.google.com/patents/US2617723). – Patent US2842439 – High strength alloy for use at elevated temperatures (http://www.google.com/patents/US2842439). He was a member of many prestigious organizations, including ASM, AIME, Institute of Metals (Britain), ASME, Tau Beta Pi, Phil Lambda Upsilon, Sigma Xi, and New York Academy of Sciences. Impressively, SAE still offers one of his papers (“A Risk Analysis Procedure for Calculating Failure Rates vs. Time,” published February 1, 1970) for $25 online.

And then it came time for Dolph’s analytical mind to find a new adventure. For the next few years, Dolph had repeatedly proposed that General Electric should develop software for businesses, since they offered one of only four timesharing systems currently available for commercial use. Dolph knew that their timesharing customers would need software, and if General Electric offered this software, their customers would buy it. After multiple attempts to convince General Electric to develop this software, Dolph finally went off on his own to create a company that would offer it. In 1967 Dolph started Ebeling Associates, Inc., and in 1969 incorporated, now known as EXEControl Global Solutions (www.execontrol.com). He immediately brought on General Electric, the U.S. Navy, and other large corporations as clients of Ebeling Associates, Inc. Dolph was a visionary, forecasting and solving problems prior to the rest of the world. During the 1970s, in a presentation about the age of computers, Dolph drew a triangle on a board, writing Hardware, Software, and Thoughtware at the three points of the triangle. He explained that in the 1970s people focused on the hardware, which made the hardware companies the computer industry leaders (i.e., IBM and DEC). However, he predicted that after another decade passed, people would no longer be concerned with the hardware, as they would have it in abundance. People would then be focused on the software (i.e., Microsoft and Oracle). But, Dolph said, give it yet another decade and people would no longer be concerned about the software, because they would have it in plenty. Then the public would be focused on Thoughtware (a term that Dolph later trademarked, and then sold to an education software company). He concluded by saying to wait one more decade, by which time all these pieces would exist, and people would be looking for companies that could bring those three points of the triangle together for unified solutions. While the timing may have been a little off, his predictions have come true, pre-writing the story of the computer age.

Dolph’s vision extended beyond technology and into both business and the environment. In the 1980s, Charles Exley, former CEO of NCR, was recognized as Business Man of the Year. Dolph was fascinated by Mr. Exley’s acceptance speech, which explained that companies no longer just reported to stockholders, but also to their stakeholders — those employees, customers, vendors, and community members with a vested interest in the company’s activities. Earlier in his life, Dolph had developed a classification of business operations which included six categories: “Administration,” “Finance,” “Production,” “Marketing,” “Human Resources,” and “Technical Design.” Dolph noticed a correlation between his and Mr. Exley’s lists, primarily how the internal operations were responsible to an external group. After hearing this speech, Dolph noted, “Administration reports to Community,” “Finance reports to Stockholders,” “Production reports to Vendors,” “Marketing reports to Customers,” and “Human Resources reports to Employees.” Yet even after this seemingly all-inclusive list, Dolph was convinced that there must be one more external entity that businesses had a responsibility to as a stakeholder. After much thought, Dolph decided that the sixth stakeholder was the environment, but the world just did not yet realize their obligation to it (“Technical Design reports to the Environment”). After working as Owner and President of Ebeling Associates, Inc. from 1967-1994, Dolph retired, selling the company to Scott Ebeling (his son), Allan Robison (current President and CEO), and Sam Hazleton. The rest of Dolph’s rich history with Ebeling Associates, Inc. is detailed at the EXEControl Global Solutions’ history page: https://execontrol.com/about/company-history. Dolph will always be remembered as a leader, problem solver, genius, and visionary. However, Dolph was also a person who raised a family, mentored individuals, and cared deeply for people. Dolph lived his 95 years on this earth well, and has earned his rest.