The Jones Cemetery’s first interments were in the late 1700’s and the most recent were in the 1860’s. Since it is no longer an active cemetery, the town has taken formal ownership. Recently the town added a small parking area and asked the Interact club for assistance in cutting back the brush that had taken over the cemetery. Matthew volunteered with the club to help cut back small trees and brush that obscured the graves. 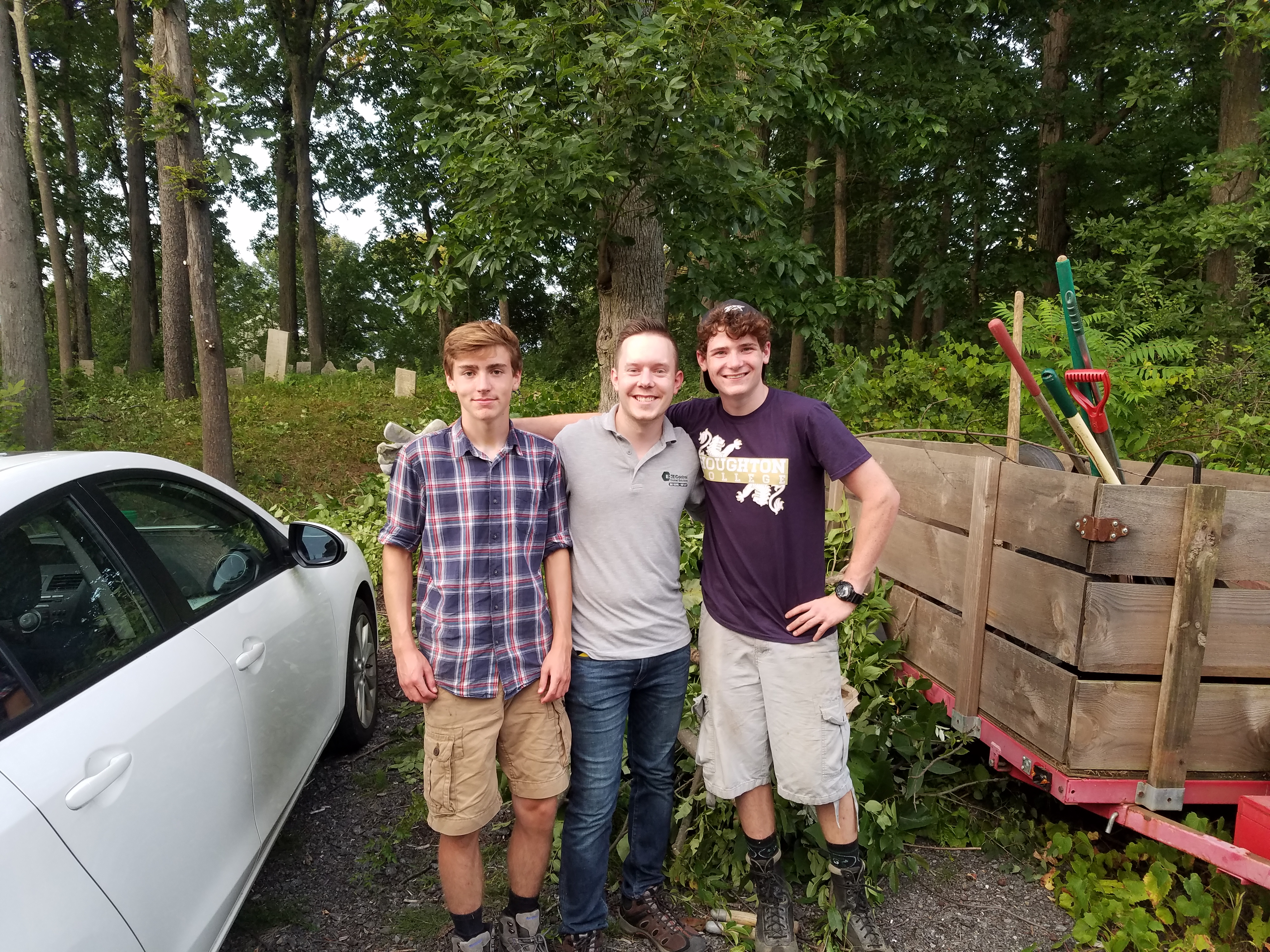