EXEControl Congratulates Jon Sternfeld as the Employee of the Month for July 2020.

Jon Sternfeld started working at EXEControl Global Solutions right after college in October 1992. That means that this coming October Jon will be celebrating his 28th year with the company! Interestingly, Jon has spent over half of his life at EXEControl.

Despite having been at the company for so many years, Jon still enjoys it. Jon says, “the best part about working at EXEControl is the variety of businesses, people, and technology that I get to work with and have been exposed to through EXEControl.” He enjoys that fact that he gets to learn a lot of different businesses by working with EXEControl’s clients. In addition, EXEControl has given him the opportunity to meet and interact with many interesting people he never would have met otherwise.

In addition to learning about businesses and technology, Jon has learned integrity. Jon says, “At the end of the day what matters the most is integrity. At EXEControl we have always dealt with our clients with a great deal of integrity. We always treat people fairly and conduct business in a professional manner.” He thinks that EXEControl has been around for more than 50 years because the company first and foremost believes in integrity. He says, “ultimately [integrity] is more important than… having the lowest price, or the best features. In the end if you cheat people or lie to people it does not matter how good the product is.” He is grateful that EXEControl does not participate in this type of behavior.

Since he started in 1992, everything has changed. When he first started the company was using proprietary hardware. The most advanced technology EXEControl had was a multiplexer. Now, he has a PC on his desk and everyone is working remotely due to COVID. He has been amazed at how fast technology has changed and what a difference it has made to his everyday work life.

Throughout his time at EXEControl, Jon has enjoyed going on company outings. Jon says, “I like the fact that Allan tries to treat us like family rather than employees.” Since he has been here so long, he has also seen changes in the outings that EXEControl has done. He has many good memories of going laser tagging, taking a mini cruise in Lake George, and riding with the Albany Aqua Ducks when they were in business.

Outside of work, Jon has several hobbies. One of Jon’s hobbies is going to museums. One of his favorite museums is Neue Galerie. Jon says, “it is a very small space and a lot of people do not know that it is there. They have some very interesting Austrian stuff.”

In addition to going to museums, Jon enjoys collecting items. Jon says, “I collected comic books from when I was 7 years old. One thing led to another and I started collecting toys related to the comic books. The toys feature the characters from the books. I pretty much got all the books I need at this point, so I started focusing more on the toys. I photograph them and have a website where I feature them.” In essence, Jon owns an online comic book museum. If you are interested in looking at his website, click here https://www.harveymercheum.com/. In addition to presenting his collection online, he has also presented his collection at his local library.

Jon is an avid enjoyer of the arts. In fact, when asked what two items he would want with him if he were stranded on a deserted island, he said a pencil and sketchpad. He would want to be able to document what happened during his time on the island. Additionally, if Jon could only eat one food for the rest of his life he would eat pizza.

Lastly, Jon shares, “EXEControl is a wonderful company and I really appreciate being able to work with Allan and the team for so long. I definitely feel like I have grown. Part of the person that I am today is because of my time with EXEControl and Allan specifically. I would like to say thank you and here’s to many more!”

Thank you, Jon, for being an integral member of the EXEControl community for so many years! We are so glad you stuck with the company.  Congratulations on being EXEControl Global Solution’s employee of the month July 2020! 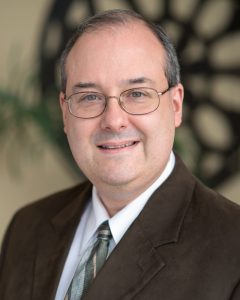